Contesting a Will, Probate

Contesting a Will Lawyer in Lincoln

When a person or persons object to the validity of a will it is often referred to as a will contest or Contesting a Will. The usual grounds for a will contest are that the testator (the person who wrote the will) lacked testamentary capacity, there was a lack of due execution of the will under the statutes, there was undue influence on the testator, there was a fraud, or there was duress.

Probate is the legal process of dealing with a person’s property and assets after they have died. If the person dies with a will, they are called ‘testate.’ If a person dies without a will, it is called ‘intestate.’ The probate of an estate, whether or not there is a will, is governed by state statutes. Each state has its particular statutes to govern that probate process. If there is a will, the probate proceeding is the judicial proceeding to establish the legal status of the purported will and to furnish a record of the validity of the rights of persons under the will. If there is no will, the succession of the property, often referred to as intestate succession, is governed by the statutes of that state.

Grounds or Reasons for Contesting a Will

The testamentary capacity that is required to execute a will requires that a person knows the natural objects of his or her bounty and the nature and extent of his or her property. In other words, who would naturally take from them and mostly the property and assets including real estate that the person owns. It is generally required that the Testator is able to make a rational plan for disposing of that property, keeping in mind the extent of their property and the objects of their bounty. Which in essence is saying that they realize what property they have and who would normally take that property from them and they can make a rational plan to dispose of that property. 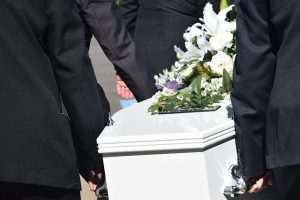 Use of Force or Duress

Another ground to contest a will is duress. Duress is mainly the use of force to compel a person to execute a will. Other grounds to contest a will that are less frequently used include mistake and fraud. An example of error would be when the person signing a will does not realize they are signing a will. For example, they think they are signing a deed to some property. An example of fraud would be if a person intentionally represents the person that signs a will that is not a will.

Nebraska does allow handwritten or holographic wills if the signature, the material provisions, and an indication of the date of signing, are all in the handwriting of the testator.

However, these wills are often subject to a will contest and not recommended.

There are strict timelines for objecting to the will. Time is of the essence when bringing any objections to a will. Only persons with standing may contest a will. Standing means that a person has a pecuniary or statutory interest that would be affected by the outcome of the action. In other words, a person must stand to receive money or property to be an interested person contesting a will.

Contesting a Will can be complicated and involve many time restrictions and time deadlines. If you have questions regarding a purported will or probate where there is no will, you should immediately contact our office in Lincoln for help contesting a will.

This website uses cookies to improve your experience while you navigate through the website. Out of these, the cookies that are categorized as necessary are stored on your browser as they are essential for the working of basic functionalities of the website. We also use third-party cookies that help us analyze and understand how you use this website. These cookies will be stored in your browser only with your consent. You also have the option to opt-out of these cookies. But opting out of some of these cookies may affect your browsing experience.
Necessary Always Enabled
Necessary cookies are absolutely essential for the website to function properly. This category only includes cookies that ensures basic functionalities and security features of the website. These cookies do not store any personal information.
Non-necessary
Any cookies that may not be particularly necessary for the website to function and is used specifically to collect user personal data via analytics, ads, other embedded contents are termed as non-necessary cookies. It is mandatory to procure user consent prior to running these cookies on your website.
SAVE & ACCEPT
Go to Top